The country’s high public debt levels recorded at over 70% of GDP as at Q3 2019 are a major source of concern to citizens because of the negative implications the high debt levels have on the economy. The manner in which the country has alarmingly accumulated debt over the past few years demonstrates weaknesses in the country’s public finance system. This shows the need for the laws that guide the accumulation of public debt to be strengthened. Particularly, the Loans and Guarantees authorization act which is the legal framework that oversees debt management needs to be revised to put safeguards on the acquisition of public debt. Further, the government plans to refinance its debt as a way of tackling the high debt levels particularly the three Eurobonds acquired amounting to $US 3bliion. The government in September 2018 announced its intention to develop a Eurobond redemption strategy that will ensure transparency and smooth processes for handling the redemption of the Euro Bonds centered on refinancing the debt. Based on this CUTS and ZIPAR are carrying out an analysis of the loans and guarantees act in relation to refinancing to ensure best practices are followed as the country plans to restructure its debt.

This project seeks to consider the legal framework guiding the accumulation of debt in Zambian as well as the provisions and terms in the legal framework needed to restructure/refinance the debt. An in-depth analysis of the Loans and Guarantees (Authorization) Act, and other pieces of relevant domestic and international legislation and covenants governing debt issuance, management and redemption, will be undertaken to identify any gaps that will need to be addressed in order to prevent accumulating debt at unsustainable levels in future.

Following the analysis of the legal framework, public awareness activities and capacity building for civil society organisations and other key stakeholders will be undertaken to share findings on the identified gaps of the Act to push for its revision.

The objective of this project is to contribute to the strengthening of the legal framework guiding public debt management in the country. The project will focus on an analysis of the legislative gaps of the current Loans and Guarantees (Authorization) Act and other relevant pieces of legislation governing debt issues in order to develop a position paper on the legislation. The project will also seek to input to the government’s debt refinancing strategy by influencing what the strategy should look like.

The following activities will be completed under this project:
The project implementation partner is:
It is expected that the following will be outcomes of the project: 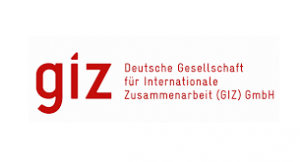