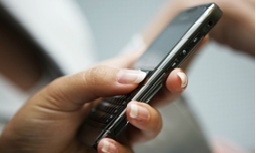 THE majority of Zambians consider the cost of mobile phone services to be too high, the latest survey of the Consumer Unity and Trust Society (CUTS) International reveals.

The survey says 57 percent of Zambian households feel that the price they pay for mobile network services is too high.

CUTS International centre co-ordinator Chenai Mukumba said 54 percent of respondents indicated that the price for mobile services had increased in the last six months. “We hope that Government will place high priority on ensuring accessibility of mobile phone services through the provision of efficient and affordable services,” Ms Mukumba said in statement availed to the Daily Mail yesterday.

The survey reveals that 68 percent of respondents are satisfied with the quality of their preferred mobile network service while 75 percent indicated that they would continue to pay for services at the current rates.

Ms Mukumba, however, said the majority of the households that own mobile phones are in the urban areas with 84.8 percent having access to mobile phones while 50.4 percent are in rural areas. The CUTS research reveals that some of the towers that were put up fell short of meeting the five-kilometre coverage radius requirement , thus limiting improvements in rural network coverage.

In 2014, Government launched a project entitled “Connecting chiefdom towers” through Zambia Information, Communication and Technology Authority to close the digital gap that exists between urban and rural areas.

Under the project, towers are to be erected to bridge the digital divide through integrating citizens in marginalised communities to the telecommunication network.

This news can also be viewed at:
https://www.daily-mail.co.zm